The concept and practice of allotment gardening have been around since the 18th century. It gained tremendous attention during the two World Wars of the 20th century as it helped eased the food shortage of small communities across Europe. Since then, the participants of these collective small-scale food production methods have tilted heavily towards the older demographic. However, the evolution in how we perceive nature and the ethics of food production, as well as the emergence and growth of the environmentally-conscious millennial class, have suddenly brought allotment gardening back into the mainstream.

What is Allotment Gardening?

Allotment gardening is a communal and non-commercial farming method where community members cultivate crops on a piece of subdivided land. Historically, lands are awarded by local governments to specific communities for a period of time through lease agreements. However, in many cases, the ownership of the land was eventually transferred to the communities for perpetuity. In such cases, all taxes and other payables due are paid by the new owners. There have also been instances when the land was awarded by members of royalty and wealthy landowners. Allotment gardening, also known as allotment, community garden, victory garden, war garden, small garden, Kleingarten, Schrebergarten and various other monikers, has been in existence since the dawn of recorded history. The most common example of this is when rulers, kings and military leaders gave out parts of conquered lands to citizens for farming as a reward and means of sociocultural expansion. However, in the modern era, formal implementation of the concept began in 18th century England.

What is the Benefit of Allotment Gardening?

Allotment gardening has many direct and indirect benefits. Some of the benefits include: Reducing your carbon footprint Food production is responsible for about 17% of the global carbon footprint, with each home producing an average of approximately 48 tons of greenhouse gases annually. Cultivating your own food can help to reduce you and your family’s personal impact on the environment. You will sleep better knowing that you have minimal involvement in controlled forest fires for farmland in developing countries and the usage of fossil fuel for the production and distribution of food. In addition, small gardens can serve as the green lungs of communities. This is incredibly evident in urban areas – the improved quality of air can be really felt!

20 minutes worth of exercise a day could do wonders in reducing the risk of cardiac diseases. So instead of forcing yourself to run around the neighbourhood, you could instead spend time working on your own garden. The sight of your crops growing, and better still, maturing or bearing fruit will be all the motivation you need. Economic advantages. You probably instinctively know this already, but the prices of produce and fruit purchased in supermarkets include the cost of land, labour, fertilisers, water, pesticides, planting and harvesting equipment, distribution (labour, lorries, trains and warehouses) and much more. The next time you see a £12.50 packet of tenderstem broccoli or an £8 packet of sickly-looking courgettes, just remember that you could’ve farmed the same thing for a tenth of the cost.

There is a growing body of evidence that engagement with cultivated zones can trigger huge leaps in psychological health. People who spend time in such areas demonstrate improved mood, self-esteem and sense of wellbeing. They also reported lower stress levels due to direct contact with nature. Some researchers at the University of Exeter even found correlations between creativity and working in a green environment! Allotment gardening for millennials. Millennials today are blessed with a much better understanding of the impact that we have on the environment. They are very aware of the threat of pollution, the ongoing pillaging of the earth, the cruel practices of producing caged meat and eggs, and the inefficient global food distribution network. Small wonder then that they are very concerned about these environmental and ethical issues and the part they play in it. To stem the tide, many millennials have adapted their lifestyle to recycle, reduce waste and support sustainable food sources.

It’s very obvious that the next step in their development would come in the form of growing their own food. While breeding livestock for consumption is logistically impossible for most, cultivating their own vegetables and fruit in designated areas is very achievable – hence the growth in interest among this conscientious demographic in allotments.

If you would like to explore the possibility of producing your own food, the best place to start is by joining allotment organisations in your country. If the opportunity arises, apply for land that is planned to be parcelled out. It might take a while, but considering the prices of land these days, it will be absolutely worth the wait!

Robotic mowers and wildlife in your garden

An oasis on your balcony 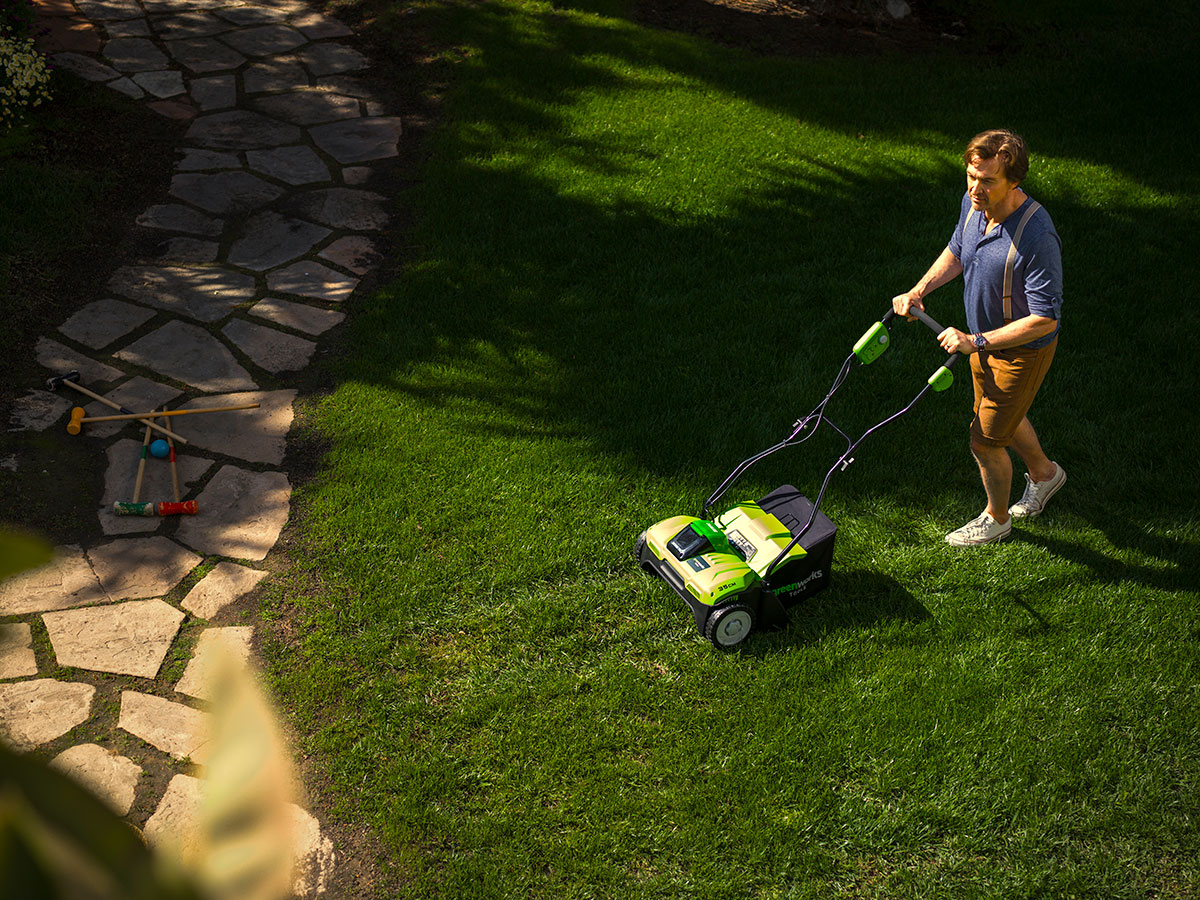 Would you like to get more inspirations and garden advices direct in your E-mail?

Get more inspiring materials directly in your E-mail.

Discover new trends, technical developments and inspirations on how to take care and design your garden